The Norton Arts conservation team magnificently restored the mural, which was painted by Freund in 1940, to its former glory. Shortly after Louis and Elsie Freund purchased Hatchet Hall, which had been previously owned by Carry A. Nation, Freund painted the mural on panels that were mounted along the stairwell.

The mural reflects life in Eureka during the turn of the century and has an active scene of Carry A. Nation wielding her famous hatchet in an effort to break up the drinking and carousing in the saloon.  Also included in the mural are Eureka landmarks such as Basin Park and Pivot Rock.

The mural had been part of the Art School of the Ozarks until the Freunds closed the school in 1967.  After the school closed, Hatchet Hall underwent a restoration and later a renovation at which time the mural was removed and donated to the museum by Louis Freund.

For over 20 years The Eureka Springs Historical Museum carefully stored the mural in hopes that despite the various issue with the condition of the mural, it might someday be restored. Several years ago, in an effort to determine our fundraising goal, museum volunteer, Suzanne Williams requested that Norton Arts examine the mural and provide an estimate of what it would cost to restore the mural.

Raven Derge from Norton Arts noted that “Wendel Norton always kept his eye out for projects he termed ‘labors of love’. Those challenging opportunities that would require considerable skill, time and expense to complete but would benefit the greater good. The Louis Freund mural was an easy ‘yes’ as Wendel had admired and respected Freund’s work and had several pieces in his personal collection. And he said, ‘It was an aesthetic rather than logistical conversation.’ This was Wendel’s last ‘labor of love’ project and we at Norton Arts are pleased that the legacies of both artists carry on.”

Thanks to the support of Arkansas Historian, Dr. Diane Gleason, the museum was able to start the conservation process in December of 2018.  Dr. Dawn Ward, the museum’s Director of Collections followed the restoration process and was impressed by the efforts of the conservation team. Ward states, “They were wonderful to work with and I am deeply grateful that they were willing to take on such a time-consuming project. The expertise of team, led by Wen Norton, not only brought the mural back to life they also had the vision to re-create the setting by including the doorway and window that the mural was originally painted around.”

The “Carry A. Nation Mural” exhibit was officially opened on December 7, 2019. 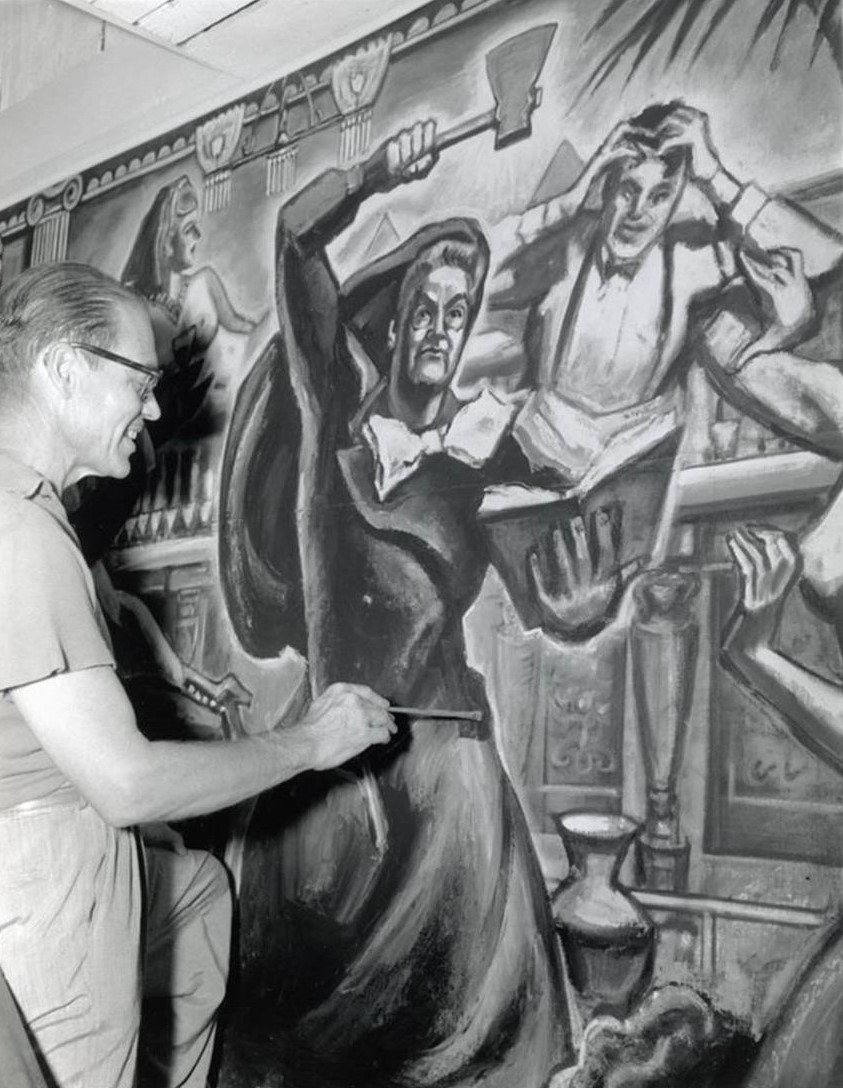